Veganism has been long debated the world over. While almost all sustainability enthusiasts advocate for it, there is also a section of society that believes veganism to be a modern fad that’ll soon lose its steam.

On the other hand, veganism is also being pegged as a one-stop solution for several environmental dilemmas. According to a research study by Oxford, eliminating meat and dairy from your diet can cut your individual carbon footprint down by 73%!

That being said, many believe that adopting or switching to a vegan lifestyle is difficult and somewhat impossible in the long run. If you’re reading this, it is likely you might have thought the same way at some point in time.

This #Veganuary, we decided to help you out, by debunking some of the common myths around this lifestyle:

When it comes to discussing veganism, one of the first things in focus is food. It is also the premise for the most common myth around this lifestyle - Lack of dietary options. Additionally, it is often argued that vegan foods lack enough nutrition or protein to sustain a healthy life.

In reality, the opposite is true, especially in India. The average Indian diet, being primarily vegetarian, already offers several vegan alternatives that are already part of your daily diet. Apart from the daily dairy products such as yoghurt, milk, ghee & the like, a regular Indian meal is often vegan.

Be it your daily daal, sabzi, roti & rice or even your favourite street foods like vada pav & pani puri are all naturally vegan. Additionally, vegan diets are highly nutritious, with several plant-based protein alternatives such as pulses, beans, hemp or pea protein, chickpeas and more. Even those who intend to build muscle can switch to natural protein powders that are made from plant & food extracts.

Like we mentioned earlier, veganism is a lot about rediscovering foods that are already a part of your diet. The foods you eat daily can also be veganised by replacing add-ons like ghee with healthy oils! Even when it comes to your usual dairy-based staples such as milk, you needn’t reach out for expensive almond or oat milk brands every day. A lot of these favourites such as coconut yogurt, almond & coconut milk or even vegan butter can be made at home using your daily kitchen ingredients.

Additionally, with the rising cost of meat, meat-eaters often incur an added expenditure that vegetarians or vegans may not. In a larger sense, replacing meat with vegan foods in your diet can actually help you save on your monthly grocery bill too!

Myth 3: “Veganism is a short-term fad"

Now haven’t we heard this ever so often? The never-ending debate between vegans and non-vegans is about the sustainable, long-term viability of the lifestyle. As you may have figured by now, since a lot of common Indian foods are essentially vegan, adopting this lifestyle as a long-term switch is not only possible but easy too!

Additionally, veganism is also known to have several proven eco-benefits. According to this vegan footprint calculator, just one month of turning vegan can help save:

With such encouraging figures, there is no doubt that adopting a plant-based lifestyle can lead to great planet-positivity and help build a sustainable future for the Earth.

Myth 4: “Veganism is only about food”

So, you’ve been all excited to turn vegan and you can’t wait to begin. But the perceived lack of options may have had you feeling discouraged. Well, the good news is, that this is a scenario that has changed drastically over the past few years.

Today, the rise of responsible, local brands in India has paved the way for following a seamlessly vegan lifestyle. From clothes to accessories to skincare and of course food- you can now access a whole range of sustainable and vegan lifestyle products on www.brownliving.in

If you’ve been curious and keen, we hope these solutions give you the jump-start that you may need. Beyond its ability to protect animal cruelty and environmental imbalances, a vegan lifestyle also holds several health benefits.

To start exploring the elements of a 360-degree vegan lifestyle, going beyond just food, explore our website or write to us here for some added guidance!

We wish you a successful and satisfying Veganuary! 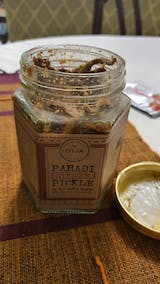 Loved how it looks and it's utility in my house.